In China's cross-border e-commerce retail (B2C) export logistics mode selection, from the perspective of cargo volume, direct mail channel shipments account for about 60%, in the choice of direct mail channel, nearly 65% of the outgoing parcel cargo volume to take the postal channel. According to statistics, in 2019, for example, China's cross-border e-commerce direct mail export parcels are about 2 billion pieces, of which nearly 1.2 billion pieces are delivered through postal channels. High efficiency of postal customs clearance

Whether it is domestic export customs declaration or destination country landing customs clearance, postal parcels are passed in the form of DDU terms and postal customs. Unlike express customs clearance by commercial courier, customs usually use a large number of parcels in the form of bulk examination of orders to identify the need to check or pay customs duties on parcels, in fact, because the vast majority of small parcels are light and small, low-value general cargo, which does not reach the starting point of customs duties, but also basically does not involve the certification, so the vast majority of parcels through the security check no problem after the bulk release.

Accordingly, express customs clearance requires every single check, for each parcel's name, quantity, unit price, whether the HS Code matches and other information to check, the inspection rate is higher than postal customs, customs clearance efficiency is lower and the risk is higher.

One of the most significant differences between the postal network and the commercial courier network is the wide coverage and the extremely deep route sinking, which can reach almost most of the most grassroots consignees. According to the UPU agreement, each member country's postal service is required to handle and deliver letters, parcels and other items sent to the country through its own network. There is no need for national postal services to cooperate with each other again.

Relying on the 192 member states' postal services, nearly 690,000 postal outlets, 5 million+ employees and 95.2% of the global population coverage, postal parcels can be sent to places that can be sent by commercial couriers, and can also cover remote areas and sensitive areas that cannot be sent by commercial couriers due to cost considerations (postal network density and service quality vary from region to region and are generally positively correlated with the degree of economic development).

In addition to the above-mentioned postal channel's own qualities, as the current mainstream platform sellers generally sell low value, the hot categories are mainly light and small pieces. In recent years the number of small and medium-sized sellers continues to grow. Other factors have shaped the cross-border sellers' choice of logistics, highlighting the advantages of the postal parcel itself. According to statistics, even for Amazon, which is mainly a high-value category, its average transaction unit price is only about US$17, while the average unit price of other mainstream platforms is even lower; this also objectively fits the positioning of postal parcels mainly sending low-value parcels.

In addition, for small and medium-sized sellers, the awareness of avoiding risks such as lost goods and delayed delivery is stronger, but they cannot afford the high shipping costs of commercial couriers in the long term, and can only seek the best balance between shipping costs, security and timeliness.

2.2 High cargo weight match: the hot categories of each platform are in line with the positioning of postal parcels as light and small items (less than 2KG)

The average weight of a ticket is determined to a large extent by the hot selling categories, especially in the B2C field, where fragmented orders make the weight of a single ticket often hover at a low level. From the viewpoint of the hot selling categories of each mainstream platform, such as clothing, shoes and hats, 3C digital, toys and other categories, the average weight of a single ticket is mainly light and small pieces below 1kg, basically not involving the mailing of large tickets and heavy goods. The kilogram section of postal parcels can basically achieve full coverage.

2.3 Seller pattern: the strong rise of small and medium-sized sellers

In this context, as overseas warehouses take up a large amount of the seller's purchasing capital, have a greater risk of inventory backlog, and require a higher degree of supply chain control, small and medium-sized sellers prefer the low-risk, fast-payback direct mail channel at the beginning of their business, rather than choosing overseas warehouses as their main logistics channel.

Although postal parcels occupy the mainstream of cross-border direct mail exports with the support of their own factors and external environmental factors, they still have their own shortcomings of insufficient processing capacity and price stability during peak seasons, which restrict the development of postal parcels themselves, especially in the context of UPU terminal fee increase. 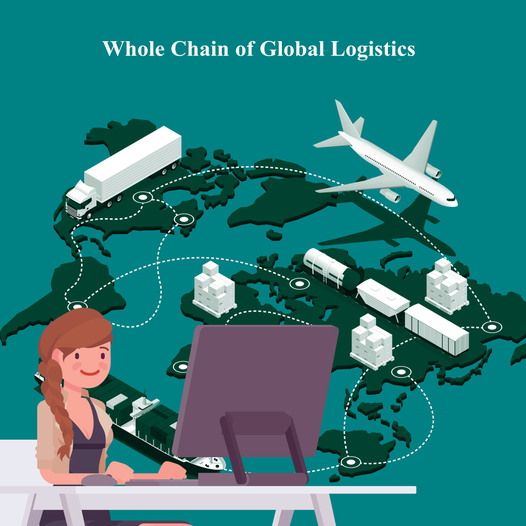 3.1 The shortcomings of the processing capacity of various postal channels during peak seasons are obvious

During peak seasons (such as the Double Eleven), there will almost inevitably be a burst of warehouses, and freight forwarders or sellers will frequently receive emergency notices from the postal service to stop receiving goods, and the warehouse will be backlogged and unable to transit, or the parcels that have been delivered to the postal service will be delayed in going online, or the track will not be updated after going online, resulting in sellers having to bear the risk of being punished by the platform's logistics timing policy.

3.2 Price fluctuations during the peak season due to the shipping capacity of different roadways

Out of the consideration of controlling the volume of goods in each road or in order to balance the price difference between the postal route and other direct mail channels, the postal service will often make random price adjustments; for example, the price of the US road during the peak season will often be temporarily adjusted upwards, which is unexpected and unpredictable and also presents a huge challenge for sellers' cost control. If a seller goes through the postal channel through a freight forwarder, it also increases the communication costs between the freight forwarder and the postal service, which reduces the overall efficiency of the shipment.

With the rapid development of China's cross-border e-commerce export business, sellers on various platforms have proliferated, and with them comes a strong demand for diverse export logistics channels. Due to the above-mentioned drawbacks, the China Post channel has never been able to fully meet the needs of sellers, and in this context, international parcels have been involved in the Chinese market. 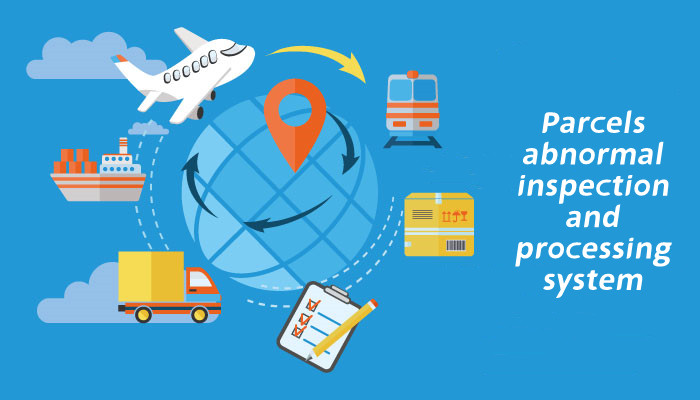 4.1 The nature of international parcels is essentially the same as special cross-border lines

The competitiveness of international parcels is mainly reflected in the fast time efficiency, acceptability with magnetic tape electricity and the convenience of customs clearance in the destination country, and the reliability of end delivery.

Take the Netherlands Post as an example, the realization of its peak season time efficiency advantage relies on the front-end bypassing the UPU (Universal Postal Union) network framework, through freight forwarders in the domestic collection of goods, set goods transported to Hong Kong on the plane, and Hong Kong customs clearance is relatively simple, less restrictive, fast customs clearance time, Hong Kong airport air resources, direct flight to the destination country, no transit in the middle.

4.2 The existence of international parcels helps force China Post to optimize itself

There is no doubt that the root cause of the international parcels getting goods in China is still the lack of the ability of China Post itself to take the goods. Especially during the peak season, the shortcomings of China Post's own processing capacity are exposed. It can be said that the continued existence of international parcels in China shows that China Post's own shortcomings still exist.

Although the State Post Bureau issued a ban on the direct domestic operation of international parcels as early as 2016, international parcels can still be circumvented through China-Hong Kong transportation, which will also inevitably force China Post to optimize its own processing capacity, such as enhancing the processing capacity of field stations, increasing the number and area of field stations and adding automated processing equipment.

4.3 Facing international parcels, win-win cooperation may be a reasonable option

In an open market, there should be not only competition but also cooperation. Taking the joint venture between China Post and Australia Post, for example, relies on the full-coverage delivery network of China Post and Australia Post within their respective countries and the background of being each other's major import and export trade partners to achieve complementary advantages. Its advantages are firstly reflected in the convenience of customs clearance in the respective countries and the network coverage of the two postal services in the respective countries.

With the continued competitive pressure of direct mail methods such as international parcel collection and international dedicated lines, the policy-oriented drive of stable foreign trade and the impetus of its own development, China Post Parcel is bound to enhance its competitiveness through its own optimization in the foreseeable future 5.1 There is more room for improvement in processing capacity during peak season

For sellers, the logistics experience is a decisive factor in determining buyers' evaluation in addition to product quality; among the logistics experience, timeliness and tracking timeliness are the most sensitive concerns of buyers; the blockage of postal channels during peak season directly affects the online speed and overall timeliness of parcels, which has a direct negative impact on the KPI of sellers' shops on the platform. It can be said that the huge gap between sellers' expectations and the reality of the peak season postal parcel timeliness and processing capacity is the space for postal channels to be improved.

In the case of the United States, for example, due to the development of cross-border e-commerce, the USPS has seen a surge in the number of e-commerce parcels received by the United States as one of the most important countries in the way (around 60% overall from China), leading to a further worsening of its parcel processing losses and directly triggering the Trump administration's attempt to withdraw from the UPU in 2018 on the grounds that it was "being taken advantage of". This move directly prompted the UPU to convene a special meeting and finally decide that the USPS terminal fee autonomy pricing would take effect from 1 July 2020 and the international terminal fee price increase would be reformed.

5.3 The volume of international parcel shipments will gradually increase

As the terminal fee increases year by year, the price of postal parcels will rise on a yearly basis, so the dividend of relying on the rules of the UPU will become narrower and narrower until it disappears. Domestic direct mail sellers generally face the pressure of higher logistics costs and will inevitably adjust their shipping channels, such as through more competitive international dedicated lines, thus compressing the market share of postal parcels. At the same time, domestic sellers who ship to overseas warehouses in the US and have their shipments delivered by USPS at the end will also be under pressure to increase logistics costs.

Therefore, with the rise in terminal fees, the pattern of cross-border e-commerce logistics direct mail channels will gradually change; on the one hand, domestic sellers with meager profits and weak supply chain control capabilities may gradually withdraw from the market; on the other hand, sellers who remain will cut part of the postal parcel volume to dedicated channels in order to avoid the pressure of rising logistics costs, resulting in a lower market share of postal parcels. The special line channel can give full play to its time efficiency advantage over postal parcels, and gradually seize the postal parcel market under the condition of guaranteeing warehouse space (the biggest constraint of special line parcels is the dry line capacity) and stable price.

Last
Next
You May Need